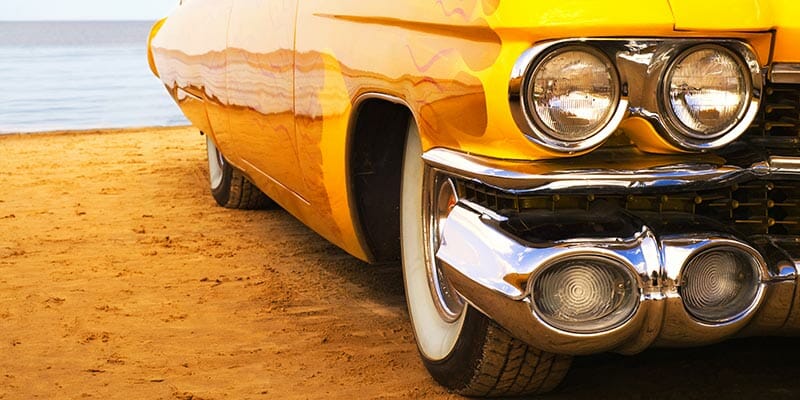 Alfred Sloan saved General Motors (GM) for the first time in the 1920’s. Cobbled together from a dozen smaller competing car and car part companies at the beginning of the twentieth century, General Motors was in general a loss-making company struggling to find a product to compete with Henry Ford’s Model-T.

It took 10 years, but Alfred Sloan was able to make every division of the company profitable. Not only did he achieve this turnaround in the depths of the Great Depression, Sloan also grew the company to make it the world’s premier automaker and the nation’s largest employer.

In a nutshell, Alfred Sloan teaches marketers of today that:

Success comes from marketing outside the box.

Henry Ford’s Model-T may have been the best value car on the market, but GM’s selection brought in more customers and greater revenues, providing a foundation from which to build a larger company.

Who was Alfred Sloan?

The future savior of General Motors was born Alfred Pritchard Sloan, Jr. in 1875 in New Haven, Connecticut. Graduating with a degree in electrical engineering from the Massachusetts Institute of Technology in 1895, Sloan became the president of the Hyatt Roller Bearing Company, a maker of ball bearings, in 1899.

Sloan’s company was soon supplying ball bearings to the Oldsmobile Company. Hyatt Roller Bearing merged with a number of smaller car and car part companies to create General Motors about the time of the First World War. Sloan became chief executive officer in 1923, and chairman of the board in 1937.

Sloan made GM competitive by taking an entirely different approach to making cars. Henry Ford perfected the Model-T, famously telling customers they could have their cars in any color they liked, as long as it was black. Sloan had GM make cars in a variety of colors, and introduced the idea of changing the exterior design of the car every year. 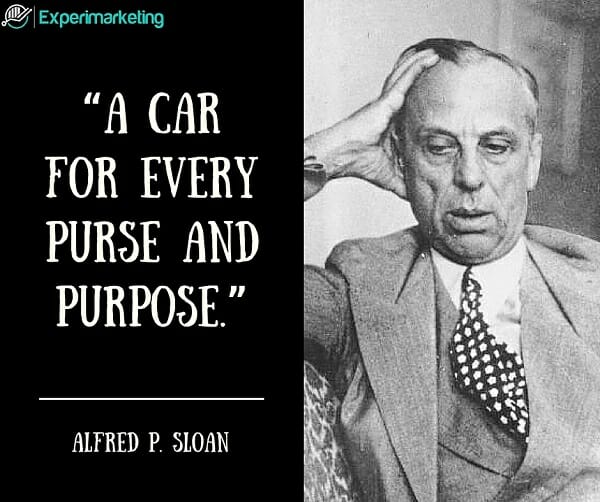 Sloan also introduced the idea of planned obsolescence. While the design of Ford’s Model-T over the years, Sloan’s introduced upgrades to GM’s cars, encouraging customers to buy the latest model.

He also introduced the idea of brand architecture, the idea that a single company could control multiple brands of products. Today GM manages several distinct brands including Chevrolet, Buick, and Cadillac.

Sloane also focused on maximizing profits through improving organizational structure rather than relying exclusively on engineering innovations. GM also padded its profits by its unusual system of placing evaluations on inventory. The company treated inventory as if it were cash, and managers incurred no penalty if inventories built up.

Sloan was famous, or infamous, for his focus on profit, even to the extent of trading with Nazi Germany in World War II. Some historians believe that Germany could not have invaded Poland and Russia without coordinated assistance from GM in its Opel auto works. The collaboration between GM and Opel lasted until 1945.

GM succeeded at replacing streetcars with buses in nearly every American city by violating anti-trust laws, but when a federal court found GM and its executives guilty, the company was fined only $5,000 and GM executives were fined only $1 each.

Sloan became associated with “foolproof” personnel management, creating extensive bodies of rules to cover every workplace event, without regard to the personalities involved. General Motors was famous for its “organization men,” bureaucrats who occupied the same position their entire working lives.

Fifty years ago, Sloan released his autobiography, My Years at General Motors, shortly before his death at the age of 91. American industry has changed so much that this half-century old biography might have all the appeal of an insect preserved in amber, but some of Sloan’s insights and strategies used to compete with Henry Ford are valid even today:

Sloan also left a number of lessons by negative example. About the time of Sloan’s death, years of focusing on marketing and personnel administration rather than engineering and innovation began to show. By the late 1960’s, Mercedes-Benz was making safer, cheaper, and better designed cars than Cadillac.

During the oil embargo of 1973, gas-guzzling Chevies began to lose market share to fuel-efficient Japanese imports.

Entrepreneurs now run the industrial world, not “organization men.” But providing variety in consumer choice always stimulates consumer desire. Effective marketing will greatly benefit your company as long as it doesn’t take your focus away from your product.