Bill Gates: Bite Off More Than You Can Chew 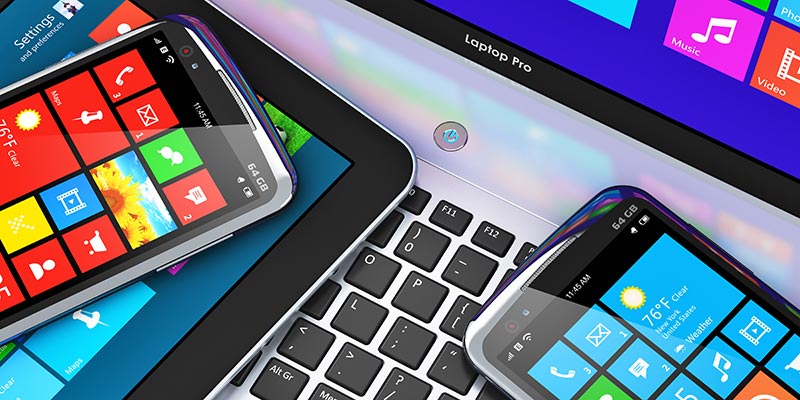 For 15 of the last 20 years, William Henry “Bill” Gates III has topped the Forbes magazine list of the   world’s wealthiest people.

A Harvard dropout, Gates began his computer career with an ambitious overstatement of his abilities, demonstrating his lesson for modern marketers:

Bite off more than you can chew as you offer an irresistible value proposition.

Bill Gates was born into a financially comfortable family in Seattle, Washington. His father, William Henry Gates, Sr., as a prominent lawyer, and his mother, Mary Maxwell Gates, served on the boards of directors of the First Interstate BancSystem and the United Way.

Gates’ father was actually the third male in the family to be named William Henry, but he had used the “II” suffix, so Bill Gates was known as William Henry Gates III (despite being the fourth in his line), or “Trey.”

The young Trey Gates was sent to private schools. When Gates was in the eighth grade, his school’s Mothers Club used the proceeds of its rummage sale to buy access to a mainframe computer at General Electric Corporation. As a fourteen-year-old, Gates was excused from his math classes to spend time writing programs in BASIC on the mainframe, and created a program for playing tic-tac-toe.

Soon the Mothers Club computer time was exhausted, and Gates sought access to other mainframe computers to write, among other projects, a program for scheduling dates. He and three other students were banned from Computer Center Corporation after figuring out a way to exploit a bug in their code that allowed them to use the mainframe for free.

Eventually, Gates and the other students were invited back to Computer Center Corporation to debug the code. After school officials became aware of Gates’ programming abilities, they allowed him to write a program for scheduling students to their high school classes. Gates wrote the code so he would be put in classes that had interesting girls.

Gates graduated from high school as a National Merit Scholar, and was accepted to Harvard. At Harvard, he designed a “pancake algorithm” for solving a previously unsolved mathematical problem, at record speed, and quickly decided he was bored with the academic environment, although the availability of computer access Harvard was a strong incentive to remain enrolled in school.

A/B Testing Without the B

Many marketers test the waters by trying out multiple pitches with established customers to see which works best. While still a student at Harvard, Gates established a lifelong pattern of throwing out an idea before coming up with a backup plan and hoping for—and consistently achieving—the best.

In 1974, Albuquerque, New Mexico-based Micro Instrumentation and Telemetry Systems (MITS), introduced the first personal computer, in the form of a kit that the manufacturers hoped to sell to a few hundred computer enthusiasts. Reading about the Altair 8800 in Popular Electronics, Gates contacted the company to tell them that he and others were working on a BASIC program platform for the computer.

In fact, Gates had not been working on software for the new computer. He just wanted to find out whether the company would be interested in software for their product. However, when MITS responded affirmatively, and offered to fly Gates’ high school friend Paul Allen out to New Mexico to show their work, Allen and Gates began feverish development of the program on Harvard’s mainframe.

MITS was not overwhelmed by the initial presentation of Gates and Allen’s work. Gates had loaded the program onto a paper tape just before Allen left for the airport. In Albuquerque, Allen needed 15 minutes to load the tape onto a teletype, and he had to guess at the file size before the Altair 8800 would accept it.

To the astonishment of both Allen and the MITS management, the program worked, and Allen was soon hired as a vice-president of the company. When Harvard learned that Gates had been using their computers for a commercial application, it restricted computer access, and Gates decided it was time to drop out of school and work for a company. He was then 20 years old.

Gates and Allen formed a company they first named Micro-Soft, dropping the hyphen when they incorporated it. One of the first challenges Gates and Allen faced was the widespread pirating of their work.

A copy of their BASIC had slipped out of MITS as the computers were being produced, and the program had become wildly popular in the computer community, not the least reason being it was free. Gates wrote a famous “Open Letter to the Computer Community” in which he explained that it would not be possible to continue developing software for personal computers without payment, but most computer enthusiasts ignored him—and Gates became very unpopular among the early adapters of the PC.

Only when Microsoft developed software for the first IBM PC, and kept the copyright, did the new company begin to become a huge commercial success.

As most users of Microsoft products can attest, Gates and his successors continued their habits of biting off more than they could chew, releasing products before they were entirely free of bugs, taking a preemptive approach to competition. Microsoft has never relied on likeability to drive sales. If you buy Microsoft, chances are that the reason is that you have to have it.

Microsoft teaches marketers that a catchy tag line, or great customer relationships, or towering moral authority are not essential to commercial greatness. It’s only necessary to identify problems and solve them, preferably with the only solution available to the consumer.

Production perfection is not necessary for massive sales. As millions of Microsoft product users who face the “blue screen of death” know, Microsoft products typically don’t work perfectly in their first release.

When Gates was actively involved in the company, he solicited customer complaints so he personally could review the code that needed rewriting. Gates realized he could not learn from success, but he was not afraid to use failure as his teacher. After all, his company sold the products no one who uses a personal computer can easily work without, and no single customer could ever endanger his market share.

Gates has turned his attention to his legacy, with plans to give away 95% of this wealth. Gates and Warren Buffet encourage other billionaires to give away at least half of their wealth, and Gates’ father has even lobbied for higher federal inheritance taxes.

Gates now cares more about changing the world through the Bill and Melinda Gates Foundation than he cares about changing computing, and it is likely he will have similar successes—and failures—in his charitable ventures.