Henry Ford: Tell Your Customers What They Want 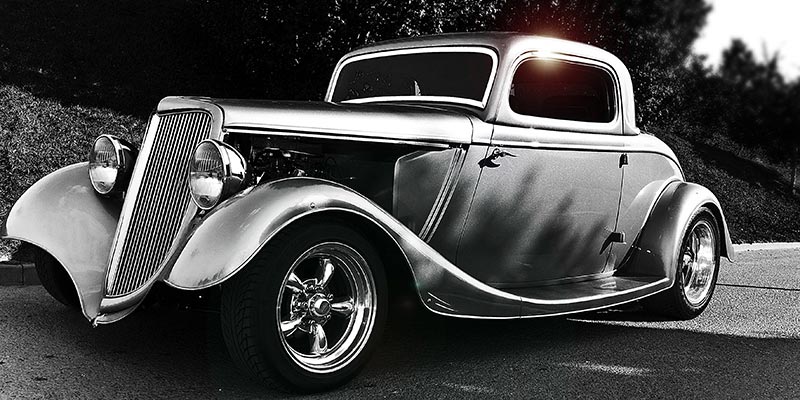 “If I had simply asked people what they wanted,” auto industry giant Henry Ford once said, “they would have told me faster horses.” Henry Ford teaches modern marketers:

Offer your customers solutions to problems they don’t know they have.

A world without cars

Henry Ford was born in Deerfield Township, Michigan, in 1863, twenty-three years before the introduction of the first modern car, the Benz-Patent-Motorwagen by Karl Benz (later of Mercedes-Benz) in Germany.

In Ford’s youth, the only modes of personal transportation were on foot, on horseback, in carts and wagons drawn by animals, and in canoes, rafts, and boats. Roadways were in a primitive state, and only the railroad and steamship lines offered effortless travel to distant locations.

Ford grew up on a farm, but despised farm work. His favorite task on the family farm was maintaining an early steam engine. Ford trained as a machinist, and eventually became the Chief Engineer of the Edison Illuminating Company (an early power company, founded by Thomas Edison himself).

Once Ford had the spare time and money to experiment with gasoline motors, he perfected a self-propelled vehicle he called the Ford Quadricycle. Edison encouraged him to quit his job to pursue his dream of making what came to be called cars, and in 1899 Ford and several partners founded the Detroit Automobile Company.

Ford’s partners pushed him to cut corners, and the automobiles made in Ford’s first automobile manufacturing venture were of higher price and lower quality than he wanted. The company went out of business in 1901.

The Ford Motor Company is born

Undeterred, Ford continued to build his own cars, and in October of that same year, he displayed and raced a 26-horsepower automobile from his own workshop. Former investors were sufficiently impressed that only a month later they provided the funds to set up the Ford Motor Company, with Ford as the chief engineer.

Ford’s backers, unfortunately, were impatient for profits. In 1902, they brought in an appraiser to set a value on the Ford Motor Company with the intent of liquidating it. Ford saw the writing on the wall and left the company that bore his name. His investors sold the company, which was renamed Cadillac.

Ford produced an 80-horsepower car that was raced as the “999” in October of 1902. The success of this car led to an opportunity to set up a third auto company—which also quickly folded. However, during the winter of 1902-1903 Ford demonstrated a new car that was able to traverse 1 mile over the ice of a frozen Lake St. Clair in just 39.3 seconds, setting a new land speed record of 93.4 miles per hour. With this success, Ford was able to raise $28,000 in capital for the fourth, and final, Ford Motor Company.

Ford had a genius for automotive engineering, but also possessed tremendous insights into marketing. Though it may seem obvious today, Ford realized that the way to sell more of a big-ticket item such as the car was to make it affordable to the masses.

Ford’s Model-T came out in 1908 with a sticker price of just $825, and the price of the car went down every year afterward. In just 12 years, over half the adult population of the United States learned to drive the Model-T. None of them had ever driven an automobile before.

How did Ford build his brand?

How much of Ford’s marketing principles translate into marketing success in the twenty-first century? In modern terms, Ford started the marketing conversation with “Wow!” Ford truly understood the context of marketing.

Perhaps Ford’s most important insight was that it is not necessary to be all things to every customer. Just as Henry Ford was happy to offer his cars in just one color if that enabled vastly greater sales at lower prices, there is nothing wrong with focusing on narrow market segments that appreciate your products or offering your services at your extraordinarily affordable prices.

To get away with limited product choices, it helps to create a constant media buzz, something much easier to do in the twenty-first century than it was 100 years ago.