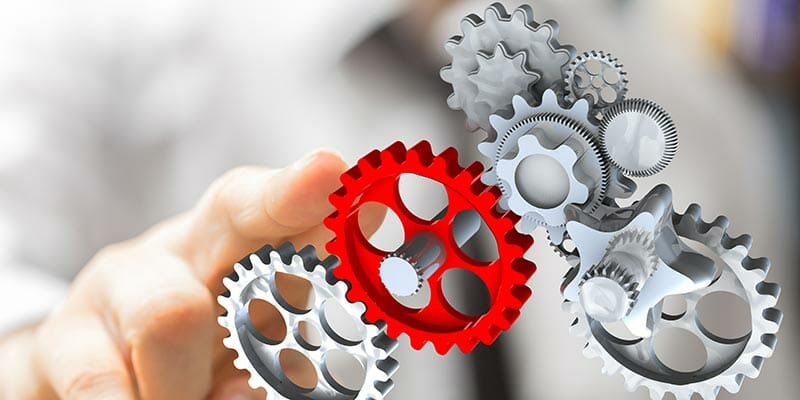 Almost everyone has heard of Heinz ketchup. If Henry Heinz had had his way, however, we would all be talking about his first business venture, Heinz horseradish sauce.

Henry John Heinz was born in Pittsburgh, Pennsylvania in 1844 to German immigrant parents. In 1850, the family moved to the nearby community of Sharpsburg, where they had room to grow vegetables. Henry was given the task of selling the vegetables to grocers in the city.

The problem with growing vegetables was that there were few opportunities to earn money during the winter. Henry branched out into selling horseradish sauce, the only maker of horseradish sauce to bottle it in clear glass so customers could see the product before they bought it.

In 1869, Heinz found a partner to start a business selling horseradish sauce, vinegar, and pickles, and for a few years, the tiny venture was prosperous.

Heinz was not to be discouraged, however, and in 1876 he was hired as manager of a new company started by two of his cousins, the F & J Heinz Company. Heinz added a new product, ketchup. By 1888, Henry Heinz had resolved his bankruptcy, and was free to run his own company again. Heinz took control of his cousins’ business and founded the H. J. Heinz Company.

Heinz was sure his big break would come from running a pickle stand at the 1893 Chicago World’s Fair. When the expected customers failed to show, he began offering a free pickle charm. Beams had to be added under the floors to support the weight of the throngs of customers.

In 1906 the Pure Food and Drug Act was introduced, which required food products to be clearly and accurately labeled. The act met with stiff resistance by most food manufacturers, but Heinz was an enthusiastic supporter. Heinz took pride in providing quality products. His support for the new government regulation of food safety earned tremendous, favorable publicity for his company.

His famed considerate treatment of his workers earned him even more respect. By the time of his death in 1919, the H. J. Heinz Company employed 6,500 workers in 25 factories around the world.

Continuing his principles, the H. J. Heinz Company today sells products in 200 countries, holds #1 or #2 market share for 150 of its products, and employs over 32,000 people worldwide.

The company makes over 50% of the world’s ketchup, and has over 50% of North America’s market for frozen potatoes with its Ore-Ida brand. The H. J. Heinz Company was bought by Warren Buffet‘s Berkshire Hathaway and 3G Capital in 2013.

Successful business people don’t give up

Henry Heinz illustrates a key characteristic of successful entrepreneurs: Successful business people don’t give up. A study by 576 entrepreneurs by the Journal of Business Venturing found that business founders who succeed tend to have the same attitude about their prospects before and after a business failure, while one-time entrepreneurs tend to become depressed.

Reasonable optimism leads to self-confidence, and self-confidence attracts new customers and new investors. The ability to embrace failure as a temporary part of the process is essential to success. This doesn’t mean you shouldn’t try to avoid failure, but you can define yourself by the quality of your products, not your temporary circumstances.