J. P. Morgan: Making Money as First Among Partners (But Not Equals) 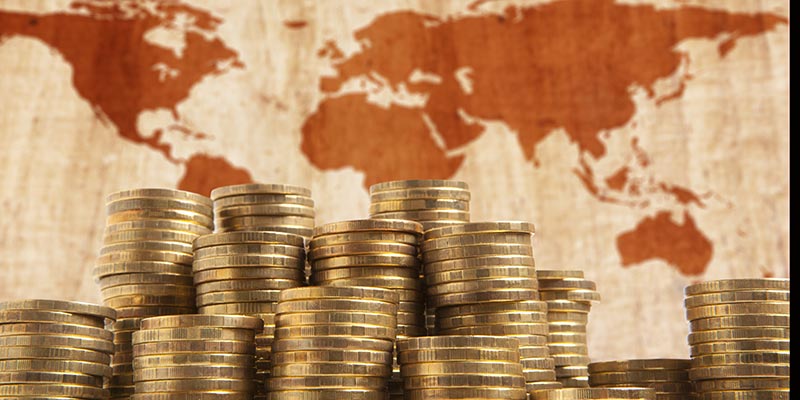 The Great Panic of 1907 was a crisis largely overlooked by the history books, yet it was during this time that J. Pierpont (J. P.) Morgan made a courageous deal that saved the American banking system.
J.P. Morgan has one important lesson for modern marketers:
Work with partners, but work to achieve your vision.

Or, putting it in twenty-first century terms, acquire the clout to redirect all social media to you.

John Pierpont Morgan was born in 1837 to Julius Spencer (J.S.) and Juliet Pierpont Morgan in Hartford, Connecticut. Educated at Boston’s English High School, a school specializing in mathematics training for future businessmen, Morgan was then sent to finish his education in Switzerland, Germany, France, and England, attaining a degree in art history and fluency in French and German.

At the age of 20, J. P. Morgan began his banking career at Peabody, Morgan, & Company in London, three years after the bank was established by his father and partners.

Just a year later, Morgan returned to New York to manage the American offices of Peabody, Morgan, & Company. When the Civil War broke out, he paid $300 to the US Treasury to be made exempt from military service (permitted by the law at the time).

Morgan made most of his first hundred thousand dollars by buying 5,000 defective guns from an Army arsenal for $3.50 each and selling them back to the Union Army for $22.00 each. Morgan failed to refurbish the guns before he sold them back to the Army, and some of the defective rifles blew off the thumbs of the soldiers who fired him. Morgan was put on trial for the sale, but found innocent.

At the end of the Civil War, Peabody retired from his partnership with Morgan’s father, and the international banking house was rechristened J. S. Morgan & Company. Morgan used his new power to make a partnership with the Drexel family interests in Philadelphia as Drexel, Morgan, & Company in 1871.

A few years later, the elder Drexel family member on the board, Anthony, died, leaving J/ P. Morgan in charge of one of the largest international banks of the time. In the last three decades of the nineteenth century, J. P. and his partners:

Determined never again to have to rescue the nation’s banking system, J. P. Morgan was largely responsible for the creation of the Federal Reserve banks in 1913, the year of his death.

J.P. Morgan did not succeed with all of his investments. He funded Nikola Tesla’s Wardenclyffe Tower, which would have become the world’s first radio station, except Tesla spent all the money before building the tower, allowing Guissepe Marconi to be the first person to send transatlantic radio signals.
Morgan sought, but was unable to attain, approval from the British Parliament to build London’s subway system. Morgan bought a shipping company that would have gone out of business after the sinking of its most famous flagship, the Titanic, except for the outbreak of World War I.

Nonetheless, J. P. Morgan was responsible for the capitalization, in whole or in part, many of America’s most famous corporations, including:

Just a year before his death, J. P. Morgan arranged the financing of the digging of the Panama Canal.

J.P. Morgan was, of course, far from universally admired in his time. His lifelong strategy was to maximize profits by slashing wages and neglecting worker safety. More men died every year inside US Steel’s mills than died at the Battle of Gettysburg.

When an inventor named Westinghouse invented a cheaper light bulb, Morgan threatened him with lengthy litigation and forced him to sell his patents. All of Morgan’s financial power, however, became second to none. What can modern marketers learn from his legacy?