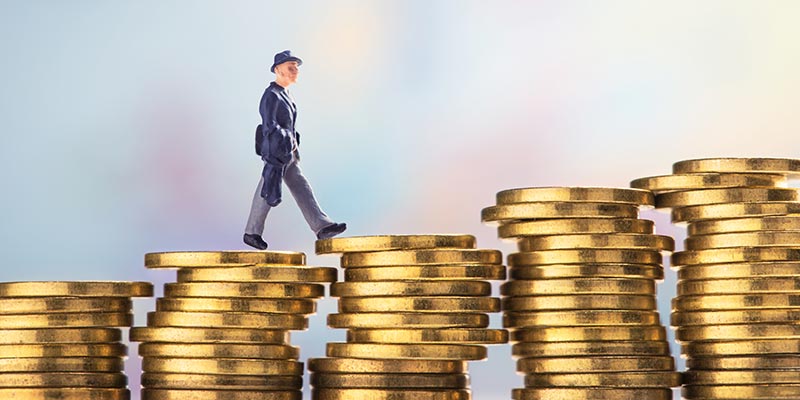 Born in 1935, John Francis “Jack” Welch is a Ph.D. chemical engineer, an author and speaker, and the retired CEO of General Electric.

During Welch’s 20 years of leadership at GE (1981-2001) the company’s stock price grew 4000%. Welch left with the largest golden parachute in history, a severance payment of $472 million. Welch’s lesson for marketers is:

Rank, then yank. Focus your resources on what is working for you, and drop what is earning you the least money, even if it is profitable.

Jack Welch was born in Peabody, Massachusetts to John, a railroad conductor, and Grace, a homemaker. Working at a variety of odd jobs in elementary and high school including golf caddy, shoe salesman, newspaper boy, and drill press operator, Welch also managed to play football and baseball and to become the captain of his high school’s hockey team.

Welch earned his doctorate in chemical engineering at the University of Illinois in 1960, and took a job as a chemical engineer at the General Electric plant in Pittsboro, Massachusetts the same year at a then-decent salary of $10,500 per year.

Welch nearly left GE as soon as he started. The company was unable to pay him the salary he felt he deserved, and he was only persuaded to stay with the company by GE executive Reuben Gutoff, who promised to create a small-company atmosphere to make his work more pleasant.

An accident blew the roof off the factory in 1963, and the company considered firing Welch, but instead Welch earned a series of rapid promotions, including vice-presidencies of the company’s plastics and metallurgy divisions.

Working from company headquarters, Welch was promoted again to head GE’s consumer products and planning posts, and in 1981, became the youngest-ever CEO of the company. Welch had never overcome his distaste for bureaucracy.

As soon as Welch took the helm of the company, he began an aggressive campaign of simplifying work procedures and consolidation of divisions. GE’s new goal was to be #1 (or maybe a growing #2) in the industries in which it remained, or to move on from the industry.

Welch implemented a “rank and yank” policy with his executives, rewarding the top 20% of executives once a year with raises and stock options, and firing the bottom 10% regardless of their absolute performance. This gave Welch a captive audience in his company that would pay attention to every word of his guidance.

With rank and file employees, Welch became known as “Neutron Jack,” referring to the neutron bomb, which kills people while leaving buildings intact. Welch’s biography states that he reduced the work GE workforce from 411,000 in 1981 to 299,000 in 1985.

GE sold divisions that were underperforming, but acquired companies that were unusually profitable, including RCA (and its subsidiary, NBC) and Motorola. Welch limited basic research and began acquiring companies that specialized in finance rather than in manufacturing.

Jack Welch offered little evidence of compassion for ordinary workers. He vehemently rejected the idea of restricting executive pay, and stated that he did not see any problem with CEO salaries vastly exceeding those ordinary workers (his pay for his last year some 1,200,000% greater than average worker pay).

Despite his ruthless approach, many of Welch’s principles for managerial and marketing success are sound from almost any perspective: