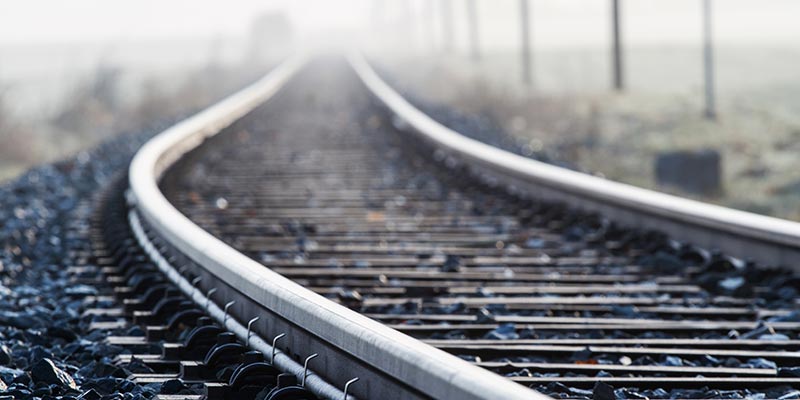 Andrew Jackson Beard was a famous African American inventor whose ideas revolutionized the railroad industry at the end of the 19th century.

Born a slave in 1849, Beard was emancipated at the age of fifteen and became a farmer. After taking three weeks to get his produce to the market in Montgomery, Alabama, he quit out of frustration to start a flour mill. Even though Beard had quit farming, he invented a plow. He patented the idea and sold it for $4,000.

A Need to Innovate

A second plowing improvement led to another patent some years later, and the inventions didn’t stop there. Working at a railroad yard, Beard experienced the dangers of coupling railroad cars first hand. At that time, coupling two cars together involved someone positioningthemselves in between the cars while they moved closer together. At exactly the right moment, the operator had to drop a pin in place. This procedure crushed some people to death, and many more lost a limb. After losing a leg himself, Beard came up with the idea for the Automatic Railroad Car Coupler, affectionately named the Jenny coupler.

What we know of Beard shows a drive for solving problems and constant improvement. A prime example is his frustration with traditional farming techniques’ lack of speed. Even after he gave up the profession, Beard couldn’t keep himself from improving the processes he had seen. But it’s not only the need to innovate that stands out in the life story of Andrew Jackson Beard. Even though he never intended to, his work teaches a valuable marketing lesson

One of the main challenges for selling a solution is communicating what the problem is. Many excellent products never reach their potential. When a good product doesn’t find the customer that needs it, you’ve got a marketing problem. The story of Andrew Jackson Beard tells you how to fix that problem: you need a wooden leg.

The moment Andrew Jackson Beard pitched his problem, his wooden leg became an advantage. Nobody doubted there was a problem that needed fixing, and nobody doubted Beard knew all about that problem. One look at his missing limb gave Beard more credibility than he could have got from hours of sales talk.

Naturally, there are very few problems nowadays where a prosthetic leg gives you a marketing advantage, but the marketing lesson learned is that you need to find your own wooden leg: the main thing that lets your audience know you really understand the problem you’re solving. Don’t focus on the solution you have to offer, focus on the problem people have. Let them know you understand their pain points.

The introduction of Gmail, Google’s email service, was supported with the most important message: two gigabytes of digital storage. Never again would you have to throw your email away. Once people were in, they discovered many other features that clearly distinguished Google from their competitors, but the main selling point was the available storage. Google reminded you how annoying it was to get stuck with a full inbox, and then offered their solution. They probably believed their email service was better on all other levels, but the storage space was their wooden leg.

When you’re approaching your customers, try to find your wooden leg. Make the problem real for your audience, so they see the need for your solution. The most convincing marketing messages are those that best tie three components together: problem, solution, action. It’s the sequence of your late night infomercial, the most effective sales emails in your inbox, and the perfect marketing lesson from a former slave solving an age-old problem.