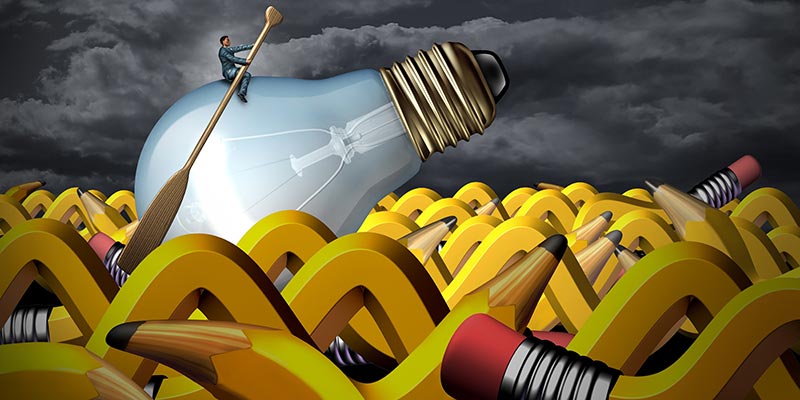 Harland Sanders was born in 1890 on a farm about 3 miles (5 km) east of Henryville, Indiana. He was the first of four children of Wilbur and Margaret Sanders.

Disaster struck the Sanders family early in Harland’s life. When Harland was two years old, Wilbur broke his leg and had to give up the farm. He eventually found work as a butcher. When Harland was five, his father came home with a fever one day and died the next. Harland was quickly charged with taking care of his three younger siblings while his mother struggled to earn enough money to keep them alive.

Sanders’s mother remarried in 1902, but Harland had a tumultuous relationship with his step-father. Leaving home at 14, he worked as a farm hand and as a street car conductor. He lied about his age to join the Army in 1906, and served out his commitment as a teamster in Cuba, returning to the United States in 1907.

Harland had more than a few setbacks in his working career. He took various positions with railroads, and was frequently fired for getting into fights. He took correspondence courses in law from LaSalle Extension College, and practiced for three years in Little Rock, Arkansas.

Finally earning enough money to support his family, Sanders lost his law license when he got into a brawl in the courtroom. He then took a job selling insurance, but lost his job for insubordination.

In 1920, Sanders established a ferry boat service on the Ohio River between the Kentucky towns of Jeffersonville and Louisville. The ferry was an immediate success, but Sanders sold his stake in the company for $22,000, using the money to build a factory for making acetylene lamps—just as the electric light was being introduced in cities all over the country.

He then took a job as a salesman for the Michelin Tire Company, losing it when the company closed its plant, and took a job running a service station. He lost this job in 1930 as a result of the Great Depression.

In the early 1930’s, however, Sanders finally found his calling. The Shell Oil Company offered him the use of a service station rent-free in exchange for a percentage of the sales. Sanders opened a roadside restaurant, in an era when there were very few restaurants for travelers, offering fried chicken and ham steaks.

In 1935, the governor of Kentucky commissioned Sanders as a colonel in the Kentucky National Guard, giving him free publicity, and his restaurant flourished—only to burn down in 1939. Sanders then opened a motel in Asheville, North Carolina in 1941, just as World War II broke out. With the beginning of the war, gasoline was rationed, and leisure travel became a rarity. Harlan Sanders went broke again.

This time the situation was different. Sanders had worked out his process of frying chicken in a pressure cooker, allowing for faster service of a notoriously “slow” food, and had perfected his blend of 11 herbs and spices. It was another 11 years, however, until the then 62-year-old Sanders sold his first “Kentucky Fried Chicken” franchise in Salt Lake City, Utah in 1952. The uniquely flavorful quickly-served chicken was a tremendous success.

The growth of KFC

In 1955, at the age of 65, Sanders and his wife began selling franchises in earnest. Kentucky Fried Chicken became the first fast food franchise to expand from the United States to other countries. In 1972, Sanders sold most of his American franchise rights, but continued to run his company in Canada.

He befriended Christian evangelists Jerry Falwell and Billy Graham, and continued to appear in his trademark goatee, string tie, and frock coat as “Colonel Sanders” for the rest of his life, until his death in 1980 at the age of 90.

Sanders sold most of his rights to Kentucky Fried Chicken for a mere $2 million dollars. In 2014, the company, a subsidiary of Yum! Brands, grossed $23 billion at its 11,875 locations in 118 countries.

The message of the story of Colonel Sanders is that persistence pays. Sanders almost certain did not optimize his investments, but the world-famous brand KFC would not exist if had he not endured setback after setback to follow his dreams.