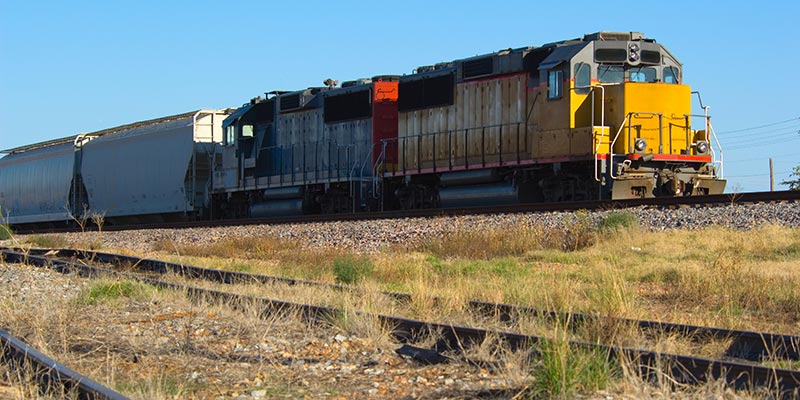 Cornelius Vanderbilt is one of the most recognizable names from the industrial revolution. The building of his railroad empire in the early days of train transport made him the richest man in the world in his lifetime. It was calculated that he owned 1/9 of all US currency in circulation at the time of his death. He didn’t just leave the legacy of a railroad empire, but even left a university with his name.

Vanderbilt’s success story is inspirational in itself, but you can also find a very valuable marketing lesson in his work.

Vanderbilt started out in the transportation industry at the age of sixteen. He started a ferry service with the help of his parents. In a small vessel, he transported people and goods from Staten Island to Manhattan.

Over the years, his influence grew, and he was one of the first to learn how to handle a steamboat. This advantage, combined with the shrewdness needed in a corrupt and largely unregulated market, led him to start a steamboat transporting company.

Over the years, his company grew. His company brought people from the East Coast to California during the gold rush, drove subsidized companies out of business, ran a network of ferries around New York City, and leased steamboats to the Union navy during the Civil War.

With the rise of railroad networks, Vanderbilt took a stake in several lines and implemented processes to improve efficiency. One of his railroads, the Harlem, was the only steam railroad to enter Manhattan. This line became so successful that it led to the building of Grand Central Terminal.

In all of his endeavors, Vanderbilt showed a cunning entrepreneurial spirit. Many of the competitors he came across over the years ran lines that were subsidized, but Vanderbilt beat them every time. Across all his different lines and companies, a few key characteristics drove those successes. First of all, he was known to be very reliable. Second, he was always looking to improve efficiency; when all other boats sailed around South America to get from the East Coast to California, he established a route through the middle of Nicaragua.

But the most obvious reason for Vanderbilt’s success was his prices: Vanderbilt always offered a better service for a fraction of the price people would expect. In fact, some of his lines would even transport people free of charge.

Very few businesses make money by selling their core business below cost price. What Vanderbilt did was change the core business of his ferry service. Once people were aboard, they would spend their money on the food and drinks he offered. His low-cost services drew enough people to his service to really profit from selling just food and drinks.

This model still represents a marketing strategy that’s gaining popularity in the 21st century. The concept of ‘freemium’ comes to mind; offering a free version of a program people can use, that requires a purchase to unlock the full experience.

Another form of offering a free service as a marketing strategy is content marketing: offering people valuable information for free to sell your services once you have their attention. It’s the classic Vanderbilt marketing lesson: once people are on your boat, they will buy your beverages.

The importance of having an audience has penetrated the marketing world in the last decade or so. As people are more and more empowered to ‘tune out’ classical marketing techniques (forwarding commercials on TV, blocking internet ads), it has become more and more important to get a captive audience that values your information.

Marketing trends mirror this importance with the rise of content marketing, but also by sponsoring people with large followings on social media. Lauren Luke’s YouTube make-up tutorials were the perfect audience for Sephora. Their partnership has ultimately created a $100 million brand.

It is easy to look at Vanderbilt and contribute his success to lucky timing. He was the one of the first to learn how to handle a steamboat, and the rise of railroads came just when Vanderbilt was in the transport business and had plenty of money to invest. But when you see the marketing lessons behind his business practices, his ideas prove remarkably relevant in the information age.