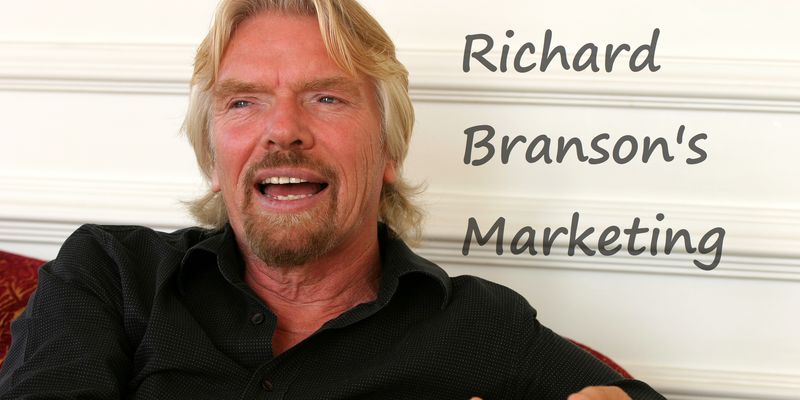 Richard Branson has been building successful businesses since the age of sixteen. His first business was a magazine called Student.

He has successfully grown his businesses since then and became founder of a group of over 400 companies.

He is obviously a driven man. His approach to marketing his businesses is different than the way most companies approach marketing.

Marketing Outside The Box

“You can create a business, choose a name, but unless people know about it you’re not going to sell any products.” – Richard Branson

Richard Branson knew marketing was important and he had to find a way to draw attention to his business. He knew he didn’t have the marketing budget to compete with other companies, at least not in the beginning.

He also understood that there is no guarantee that throwing a great deal of money into marketing will guarantee success for your business.

Richard didn’t believe in taking shortcuts to success either.

Sir Freddie Laker was a man who helped Richard Branson by giving him a philosophy to use in his marketing. He ultimately advised Richard to use himself and crazy stunts to draw attention to his companies.

Richard Branson took this idea and learned to think outside the box and doesn’t always do typical advertising. He markets himself and his companies in part by using media attention and fun stunts.

He is famous for publicity stunts that attract attention to his companies. These stunts have become his trademark.

Richard likes social media because it is much less expensive than most advertising. Social media gives you the opportunity to interact with your customers.

Social media’s purpose is to let people know who you are and have a certain amount of fun communicating with them.

Richard Branson understands all these things about social media. He likes to get feedback from people to understand them better.

“Knowing who we are and what we stand for ensures that we don’t waste time or money on messaging that doesn’t represent us or resonate with our customers.” – Richard Branson

Basically, Richard Branson has a passion for living a full life and enjoys people and serving them. He has built his companies around this philosophy.

His marketing style reflects this belief. He believes in letting people see him having fun and doing extraordinary things with his life as inspiration.

Marketing himself this way brings people to him and his companies and ultimately turns them into customers. Part of marketing is the creation and distribution of a message that fits a company’s DNA, so people want to do business with you. In Richard Branson’s case this message is fun!