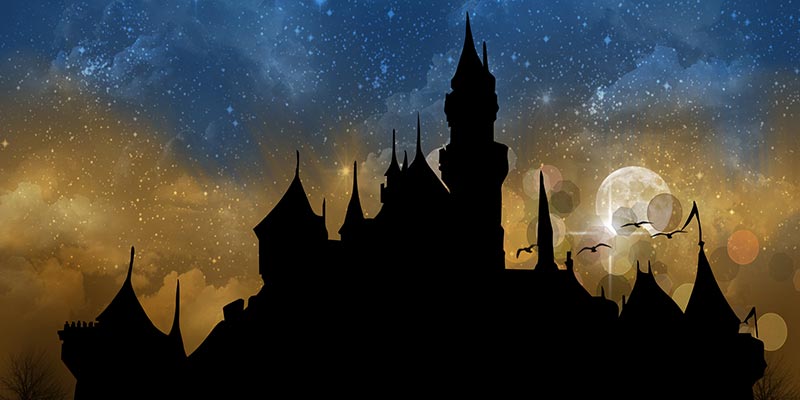 Walter Elias Disney (1901-1965), better known as Walt Disney, created the best-known brand in the United States and later around the world in the first half of the twentieth century. A voice actor, cartoonist, writer, producer, director, industry magnate, and philanthropist, Disney’s lessons for modern marketers can be summed up in a single sentence:

Be both the greatest champion and toughest critic of your projects.

A Slow Start to Success

The modern-day Disney Corporation owns not only Disney Studios and Touchstone Pictures, but also ABC (the American Broadcasting Company), ESPN, the A + E and ABC Family networks, publishing companies, and 14 theme parks around the world. The Disney Corporation has 180,000 employees; assets valued in excess of $88 billion; and an annual net income of $8 billion on revenues of $12 billion.

Walt Disney’s initial venture into entertainment, however, was much more modest. After having to repeat the second grade and being told the height of his career would be as a paper boy (Disney worked a paper route for six years), Disney dropped out of high school to enlist to serve in the US Army in World War I. At first he was rejected because he was too young. Finally managing to satisfy a recruiter, Disney drove an ambulance for the Army in France after the end of hostilities with Germany.

Disney came back to the United States in 1919, and for a short time considered becoming an actor. Financial pressures intervened, and he opted to pursue a career drawing political cartoons for a Kansas City newspaper.

Unfortunately for Disney, the editors of the paper didn’t care for his cartoons. He was assigned the task of drawing sketches for advertisements. In 1920, Disney and another artist named Ubbe Iwerks set up a company called Iwerks-Disney to draw cartoons to be shown with silent films. The company never really got off the ground, so Disney found a job making cut-out cartoons (in much the same style as South Park today, although with actual cut-outs).

Disney thought that the future of cartooning lay in animation, so he quit making cut-out cartoons and started making animated cartoons on film for a new company called Laugh-O-Gram. The six Laugh-O-Gram cartoons became wildly popular in Kansas City, but the owner of Laugh-O-Gram’s studio overpaid his relatives on the staff and went out of business.

Walt and his brother Roy created a short-lived comedy series called Alice’s Wonderland, from which they earned $1,500. This was enough for Disney to make a break for California.

In 1926, Disney and Iwerks then created a character known as Oswald the Lucky Rabbit, Disney providing the creative vision, with Iwerks doing the actual animation. Disney secured a distribution deal with Universal Pictures, and the series became wildly successful nationwide. However, Disney failed to secure the trademark for Oswald, and allowed the studio to pay most of his animators.

In 1928, when Disney traveled from Los Angeles to New York to negotiate a higher fee for drawing Oswald, he was shocked to learn that the studio would only pay a lower fee. Making matters worse, all of his animators except Iwerks would now only draw for the studio. Disney was out on his own again.

The Making of Mickey Mouse

Needing to create a new character, Disney and Iwerks drew Mortimer Mouse, the hero of a new silent film they named Plane Crazy. Disney’s mother Lillian suggested that “Mickey” would be a more appealing name for the character than Mortimer, and a tall, thin, somewhat rat-like Mickey Mouse was born.

Disney was unable to find a distributor for Plane Crazy, so he and Iwerks produced a second Mickey Mouse cartoon for silent film houses, Gallopin’ Gaucho. This cartoon also failed to find a market so Disney and Iwerks made a “talkie” called Steamboat Willie featuring Mickey and his girlfriend Minnie. Risking a production budget of $4,896, Disney at first screened the silent cartoon with live sound—because no one believed a “talking” cartoon was possible.

Disney and Iwerks later used new audio technologies to create an animated cartoon that did not need in-house actors and music, becoming early masters of marketing outside the box . The foundation of the Disney empire was laid.

What Does Mickey Mouse Teach Us About Marketing?

For the next 17 years, Disney and Iwerks refined the character of Mickey Mouse. They gave him a pet dog, Goofy, and introduced him to Donald, Daisy, Della (Dumbella), Huey, Dewey, Louie, and Scrooge McDuck. Disney and Iwerks made more and more technologically advanced and wildly popular animated movies that became one of the most widely recognized and beloved American products around the world.

What was it that made Mickey Mouse so successful?

Walt Disney devoted 37 years of his life, in varying degrees, to Mickey Mouse. It is easy to imagine Disney playing around with the idea of a mouse. Mortimer becomes Mickey, and begins to have a personality. He morphs from long and rat-like to potbellied and mouse-like. His world changes from black and white to color. His story lines evolve from simple animation to elaborate animation. Mickey even develops relationships with a girlfriend and some endearingly dopey friends, and goes on television.

It is possible to be both passionate and critical about marketing. Passionate about creating excellence, cold and calculating about dealing with competition Disney’s path to success depended on creating a new audience, something made possible by his early adoption of successful technologies at the forefront of his industry. New technology gave his creativity maximum impact, enabling success that is rarely duplicated.